Welcome to the new edition of the Consular newsletter. Let´s start with the delayed EU enlargement report.

On October 6. 2020 the EU Commission published the awaited enlargement report. Read it here.

Prime Minister Edi Rama on a conference yesterday in Munich stated that the President of France, Emanuel Macron told him that EU integration will be difficult because of his political opponent, Marin le Pen.
Rama says that he asked Macron to make such a statement publicly. 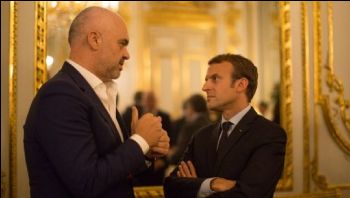 “Emanuel Macron has repeatedly told me that opening of negotiations with Albania will be difficult because of Marin le Pen. I told him why not say it publicly. They say publicly that Albanians have problems and public opinion perceives that we are doing something wrong. Not that Macron has problems with the election”.
We are blindly in love with Europe. We want to get married, but we do not speak. We want to marry you, but we need to talk. “We must become credible democratic states,” Rama said. Read more here.

Albanians will go to parliamentary elections of April 25, 2021 with the new Electoral Code,

Parliament has on October 5. approved with 97 votes in favor,  15 against and 6 abstentions  today the amendments to the Electoral Code, thus concluding a long journey of Electoral Reform, a key reform not only for democracy in the country, but also the integration and specific requirements of international factor.
The majority had only 74 votes and the approval of the amendments to the Electoral Code while it was approved with 97 votes in favor, causing 23 MPs of the parliamentary opposition to join the majority in voting for the new Electoral Code.
The changes came as a result of the opening of the lists and the constitutional changes adopted on 30 July. The amendments to the Electoral Code stipulate that the national threshold will be 1%, there will be a re-ranking of the first part of the list of candidates based on preferential votes, it entitles the party chairman to run in 4 constituencies simultaneously and that to cross the threshold of the list, the candidates are set a threshold of 10 thousand votes as well as the abolition of composite coalitions and candidacy with a single list.

Albania aligned with the EU: Rama said no to Trump on Tel Aviv.
Albanian Prime Minister Edi Rama on October 2. has refused a public request by US President Donald Trump to move the Albanian embassy in Israel from Tel Aviv to Jerusalem, saying the country intended to follow the EU lead on the matter for now.
Rama noted that Albania is “the only non-EU member country in the region that has never voted against EU positions” on foreign affairs issues and would not now, though it didn’t´ exclude doing so in future.
Trump sent a letter to Rama on Friday, thanking his government for its stance on G5 security and inviting Albania him to quit the Chinese-led organization 17+1, which is a platform developed by Beijing to collaborate with Eastern European countries. “I encourage you to join the United States and other European nations in moving your embassy to Jerusalem,” the Trump letter added.
Rama politely declined. “In our foreign policy we are aligned with the European Union,” he said. “Albania, up till today, since it entered the EU integration processes, remains the only non-member country that has not moved in any case from the line agreed with the European Union in the field of foreign affairs,” he added. “The day might come when we may judge that we could move [from the EU stance], but that day has not yet come,” Rama continued.

A. Denaj.
The National Labor Council approved on October 16. the increase of the minimal pay at ALL 30,000, (= 242 Euro) electronic media report. The meeting was chaired by Minister of Finance and Economy Anila Denaj.

The Economist on Oct. 3. 2020 about Balkan balladeers: 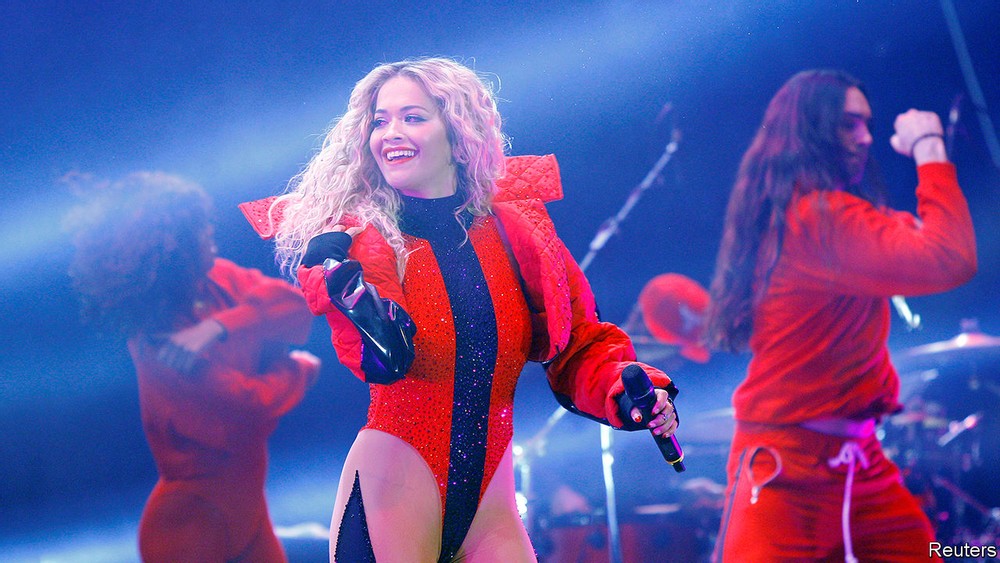 From The Economist Europe Oct 3rd 2020 edition: What do Dua Lipa, Rita Ora and Ava Max have in common? Pop stars with Albanian roots conquer the world!
They are everywhere. Dua Lipa has 55m monthly listeners on Spotify, a music-streaming platform. Bebe Rexha has 24m. Rita Ora (pictured) has had five British number one singles and has been a judge on “the x Factor”. Era Istrefi sang at the football World Cup in 2018. Njomza Vitia, a singer-songwriter, and Labinot Gashi, a rapper, have global followings. Ava Max’s sexy single “Sweet but Psycho” is universally considered more fun than Hoxha’s literary offering, “Albania Challenges Khrushchev Revisionism”. True? See for yourself.
“Throughout history”, says Dukagjin Lipa, Ms Lipa’s father, “Albanians have been squashed, but the success of this generation of musicians shows that “given the chance, we excel.”
The parents of the stars who grew up abroad left the Balkans in the turbulent early 1990s. But it was not always a story of refugee rags to riches. The Ora and Lipa families were part of Kosovo’s elite. Both girls attended a top performing-arts school in London.

If you forgot to click on the top picture, please do now. Tirana is famous for it´s colorful buildings and the gable paintings.

ForrigeReport on economic freedom and on the economy, the EU on membership talks, vetting progress, an artist, INSTAT facts and Vjosa river preservation.
NæsteCOVID in DK and Albania, the struggle for the first IGC, the Greek – Albanian sea border, Albanian children and mothers back from Syrian camps and a new member of the Albanian royal family.