Welcome to the first 2021 edition of the Newsletter from the consulate.

The year 2021 will no doubt be a very demanding year for Albanian politics. In April there will be elections to parliament, the opening of the promised EU membership negotiations will again be high on the agenda and the reform of the Albanian courts is expected to show the first much needed results. The latter is especially important to attract foreign private investment.

Regarding the piled up cases at the Albanian courts it would be a useful help if especially politicians would refrain from lots of hopeless politically motivated lawsuits.

What happened in the US a few days ago  shocked the world. But there was a politician who actually predicted this before Donald Trump was elected president.
Edi Rama was the only Albanian politician who during the US election campaign four years ago declared that if elected president, Donald Trump would be a disaster and a great threat to America. “Donald Trump will be a disaster for the Americans if he is elected,” Rama said at the time.
“I have said openly what I think of Donald Trump and I have no problem repeating here or anywhere; neither in Albanian nor in English, that Donald Trump is a threat to America “, Rama, said, which echoed in the international media.
Rama became the center of an attack and ridicule of the opposition and its media in Tirana, for his “inappropriate” statements.
Even after Trump’s victory, the opposition went into a frenzy and expressed in chorus that the American president would “take revenge” and overthrow Rama from power.
Which did not happen. Of course, Rama’s statements at the time were probably inappropriate and he should not have made them, because they were insignificant for a country like the USA, when they were made by the prime minister of a small country like Albania.
But, the fact is that what Rama said and predicted really happened. (Shqiptarja.com)

Albania got a new Minister of European and foreign Affairs. Her name is Olta Xhacka, Former Minister of Defense. 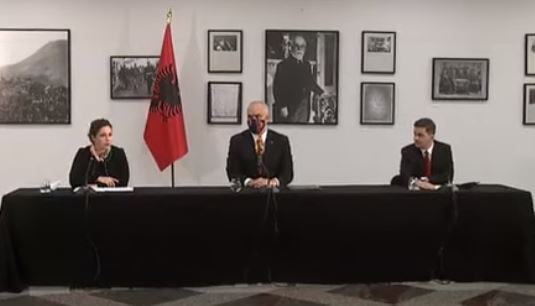 Olta Xhacka (41) promised to make her new ministry shine and mentioned that her first move would be to establish an advisory group of experienced ambassadors to avoid failures of the past. Prime Minister Rama mentioned that the new MEFA will have two close advisers, namely himself and her predecessor Mr. Cakaj who returns to the cabinet of the PM.

The 6. and 7. members of the Constitutional Court sworn in. 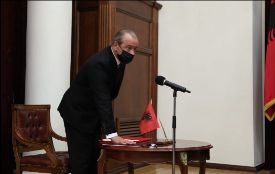 Lawyer, art collector and Danish Honorary Consul in Tirana Përparim Kalo was sworn in as the 6. member of the court, which made the court functional again.

Updated COVID-19 situation in Denmark and in Albania. 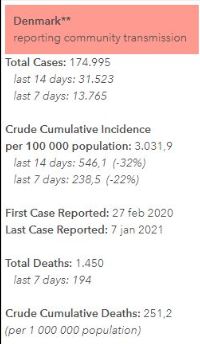 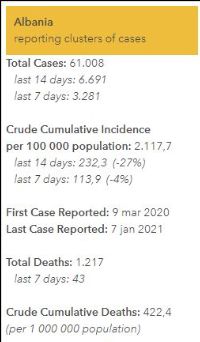 Rama on vaccines and vetting

In his New Years Speech Prime Minister e.g. focused on Covid-19 and the reform of the judiciary.

Rama said that Albania, without assistance from the EU, had secured 500.000 doses of vaccine from Pfziser. Vaccinations will start in January 2021.
Rama also focused on the Justice Reform. He mentioned that so far 202 judges and prosecutors have left because they did not pass the vetting process and that 118 have been confirmed in the job.

The first Christmas of Princess Geraldine 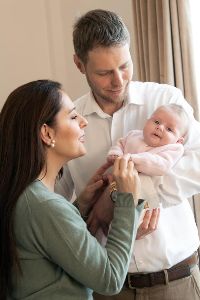 Prime Minister Edi Rama started on January 6. a two-day official visit to Turkey.
His first meeting was with Turkish President Recep Tayyip Erdoğan. In a joint press conference held after the meeting, Erdoğan and Rama announced the signing of a strategic partnership agreement between the two countries together with several agreements in the fields of culture, education, etc. As per the said agreement, a High-Level Strategic Co-operation Council will be established to manage the strategic partnership between the two countries. Rama also thanked Turkey for its help to Albania after the 26 November 2019 earthquake and the COVID-19 outbreak, as well as for being one of the closest economic partners.

ForrigeOpinion poll on election 2021, a Danish statement, WB and the EU, WB and legal cannabis and MEFA Cakaj in Copenhagen.
NæsteWant to learn more about a beautiful Balkan country like Albania? then read our newsletters!