A transformation, European Council and a promise, the new National stadium, World Bank on Albania’s progress, OSCE meeting in Tirana – and what now? 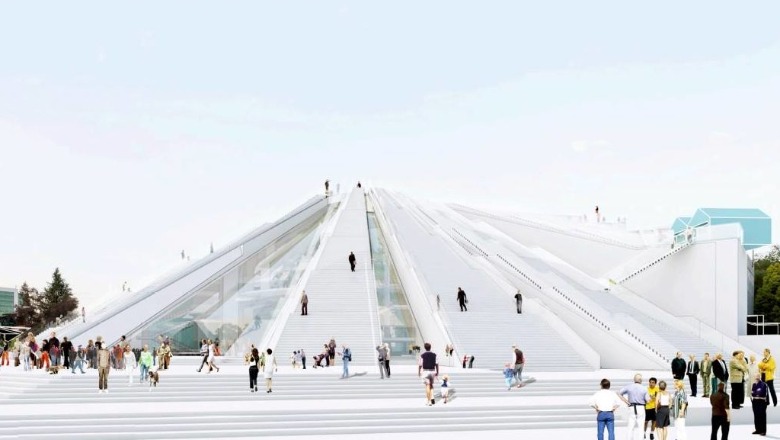 First click the here and take a look at the planned transformation of the Tirana Pyramid from the mausoleum of a dictator to a “Youth center for creative technologies”.

EU chief Jean-Claude Juncker called it a “grave, historic error” while Donald Tusk urged both countries not to give up. 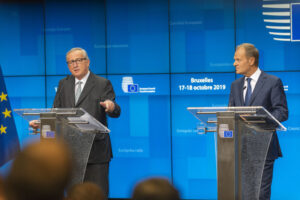 According to Mr. Macron the influx of Albanian asylum seekers is a big problem and furthermore he argues that the EU should adjust its rules on membership before any more members are accepted. As negotiations can take up 5 years the EU has a lot of time to decide on the necessary adjustments.

But what is ,according to the official data of the French Ministry of Interior in 2018 the number of Albanian citizens who have applied for asylum in France? Of a total of 124,000 asylum applications filed in France in 2018, Albanians are 5793. So only 7%. That becomes a negligible percentage when compared to the total number of immigrants to France, which in 2018 was 3,821,323 people! So Albanian asylum seekers represent only 0.1% of immigrants in France. Its a pity that The Netherlands and Denmark (DK closed its embassy in Tirana a few years ago) supported Mr. Macrons misconceptions. The European Council decided to discuss the matter again in May 2020 at the latest, but Germany and Italy want to raise the question again in on a meting in December 2019. Let´s hope that they succeed.

The new national Stadium in Tirana. On November 17.: Albania- France 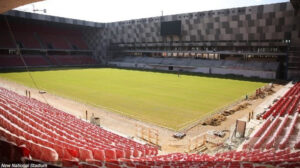 A clear message from The World Bank til F, NL and DK

Quote: “Albania has transformed from one of the poorest countries in Europe to an upper-middle-income country. The country is implementing important reforms to revitalize growth and job creation, while advancing the European Union integration agenda”. Read on….

Remember that they said:
The EU institutional leadership lashed out against member states for having denied Albania and North Macedonia a chance to advance in their EU membership aspirations. “Both countries passed their exams, I can’t say that about our member states,” EU council president Donald Tusk told reporters in Brussels on Friday (18 October). Read more here.

What will happen now… 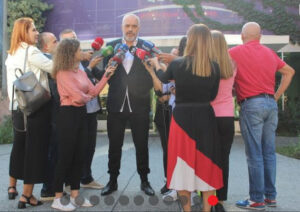 Prime Minister Edi Rama stated after the meeting of the Socialist Presidency on October 21. that in the coming days there will be a contact with the President of France, Macron on the issue of negotiations, and with leaders of other European countries. The purpose of the communication will be to understand the course of the process, as Macron vetoed blocking the opening of negotiations with Albania and Macedonia.

“In the coming days I have a set of communications set out on the agenda with the French president and a number of other member states’ leaders to understand the further progress of the process,” Rama said. Asked about DP chair Lulzim Basha’s request to send  the country to early elections as in the case of Macedonia, the prime minister responded by saying that ‘They have worked very hard and left no stones unturned to defeat the process’. The majority’s focus now is on the electoral reform, for which Rama once again stressed that it would be adopted in December on the basis of OSCE recommendations with or without the DP.


Representatives of the 57 OSCE participating States, the six OSCE Mediterranean Partners for Co-operation — Algeria, Egypt, Israel, Jordan, Morocco and Tunisia — and several international organizations will meet in Tirana on 24 and 25 October to discuss the achievements, challenges and future opportunities for the OSCE Mediterranean Partnerships. The ministers and other high-level delegates will exchange views on: the importance of joint efforts in countering terrorism, violent extremism and radicalization that leads to terrorism; youth participation and engagement to enhance dialogue and co-operation in the Mediterranean; the role of connectivity, digitalization, sustainable development and economic growth in advancing common security in the Mediterranean.


And finally some interesting figures on SME´s and nnovation in Albania.

ForrigeGovernmental gender balance, Bundestag on Albania, plastic ban, Danish cannabis, religion in Albania, an Albanian royal birthday.
NæsteRead about the French, Danish and Dutch “no”. Will they change their mind? And if so, when and with what result? 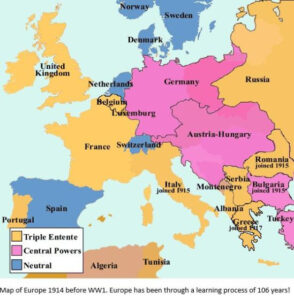 The new plan from the EU commission, Albanian comments, the earthquake costs, economy, skiing in Albania, HARABEL, the Albanian ombudsman.
11/02/2020

Dear reader, Do the Western Balkan countries belong to Europe? Yes they do. Do Albania and North Macedonia live up to the conditions set by 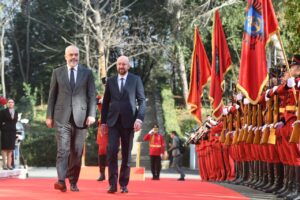 Preparing for EU membership negotiations, tourism up, DK and Albania and renewable energy, a must books, a transformation and royals
27/01/2020 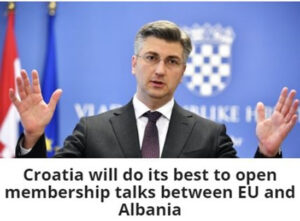 Dear reader, Wishing you a happy New Year and welcome to our first 2020 newsletter! Croatia will work to restart European Union membership talks with 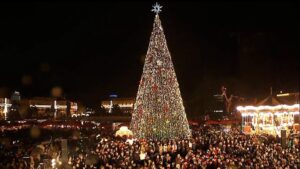 Dear reader, With a picture of the beautiful Christmas three on Skanderbeg Square in Tirana we wish our faithful readers a merry Christmas and a

Dear reader, The terrible earthquakes hitting the Tirana – Durres region on November 26. resulting in many dead and injured people was a natural disaster